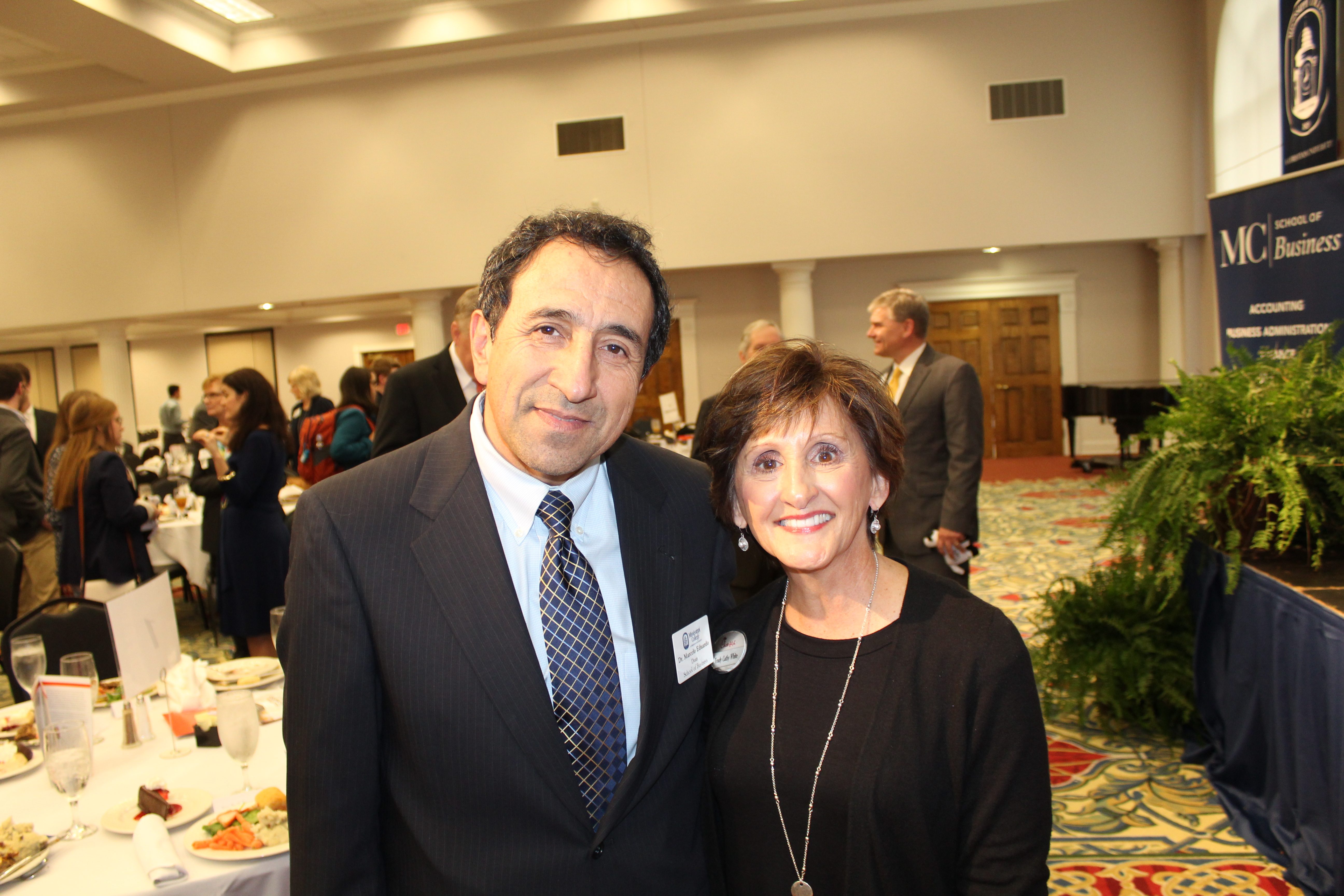 With more than 2,200 restaurants offering delicious food in 42 states and Washington, D.C., Chick-fil-A continues to please fans. Home of the original chicken sandwich on a toasted butter bun with two pickles since 1964, the Atlanta-based company is loaded with leaders preaching Christian values.

“Put people before profits when you are in business,” is one message that White emphasized during her speech on the Clinton campus. “Pin your purpose” and protecting one’s name with integrity were other points she stressed to hundreds of MC students.

Trudy grew up getting to know the business as a young girl, and later on expanded her role. She managed the Chick-fil-A in Birmingham, Alabama as a 19-year-old Samford University student.

These days, White is a busy mother of four and grandmother with 15 grandkids. She travels across the USA as a wonderful goodwill ambassador for the chain of restaurants her dad, S. Truett Cathy, launched. The first Chick-fil-A restaurant opened in an Atlanta mall in 1966.

One thing will never change at Chick-fil-A. The restaurants across America stay closed on Sundays to allow employees time off to attend church and be with family. “We never veered from it,” she told the audience. “It is a priority.”

Laced with references to favorite verses in the Bible, her talk before students, faculty, staff and special guests was a hit. Each table at Anderson Hall was decorated with miniature Chick-fil-A cows. Trudy is familiar with the Baptist-affiliated university since her daughter is an MC graduate.

From professors to students, all applauded her remarks.

“Her story echoed that of her parents’ teachings and reflected the success and innovations Chick-fil-A introduced to the world of good business,” said Melanie Fortenberry, director of MC’s health services administration program. “I have always liked Chick-fil-A and am now more committed than ever to supporting this family-focused faith grounded restaurant.”

He gave her speech at Mississippi College a thumbs up. “She presents the wholesomeness of good food, service and leadership all wrapped up in Christ’s example of love and grace,” Morehead said. “In today’s society, it’s rare that we hear of and see examples of servant leadership lived out in the corporate world as Christ modeled. Chick-fil-A is that example.”

“These individuals provide us guidance on how we can live and model our Christian faith in the business environment,” says Rogers, a Columbia resident.

Joining the crowd at Anderson Hall were many members of the region’s Chick-fil-A family. The group included the mother of admissions counselor Kaitlin McCarty. Her mom serves on the executive team for the restaurants in Flowood and Brandon.

Trudy White spoke of the values she first learned as a little girl. After stealing a penny from one of her family members, her mother made her return it and apologize. It’s 2018, and Trudy joked she never picks up pennies she sees in parking lots.

School of Business Dean Marcelo Eduardo lauded Trudy Cathy White and other leaders sharing their insights. The Faith and Ethics week, he says, “annually reinforces our essential commitment to an outstanding business education in a Christian environment.”

The series, Eduardo said, helps students become superb business practitioners as they embark upon careers “characterized by integrity and service based on the powerful foundation of our faith.”

The Faith & Business Ethics Week is made possible by the generosity of Don “Papa” Jordan, a 1951 MC School of Business graduate. The retired Tennessee businessman’s Holiday Deli and Ham restaurants include the popular spinoff, Pimento’s café, at his alma mater in Clinton.