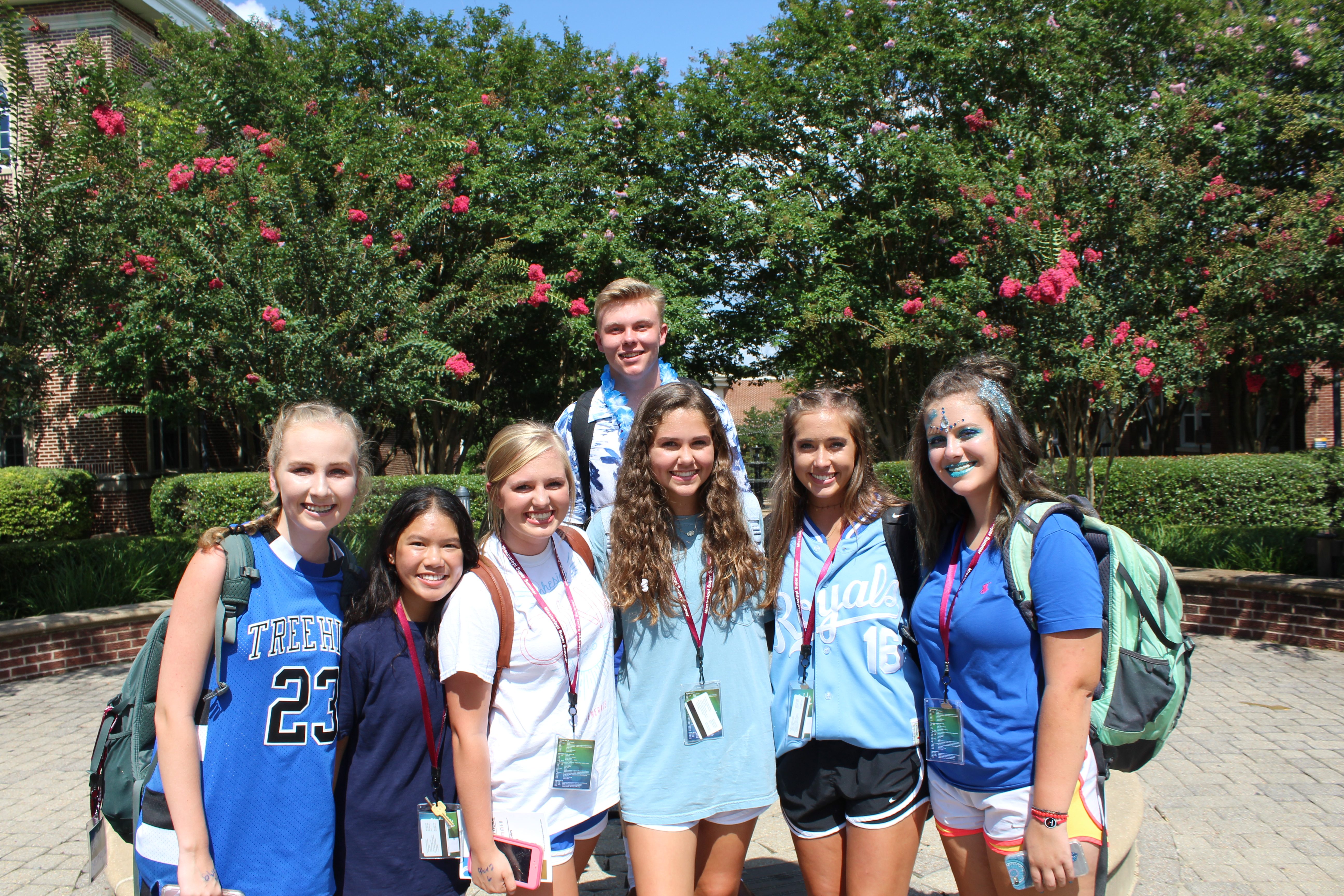 Summer camps attract thousands of young people to Mississippi College each year from across the Southeast and other parts of the USA.

Players from high schools across the Magnolia State, Louisiana and Alabama will suit up again at MC’s 2018 summer football camp on June 4.

Last May, MC Choctaws head football coach John Bland and his staff provided top-notch instruction with an assist from the Louisiana-Lafayette Ragin Cajuns. As a result, the 2017 gridiron camp at MC proved to be a big hit.

Expect the same winning formula for the 2018 edition of football camp at Robinson-Hale Stadium, home of the Choctaws. But this year, University of South Alabama coaches will join their counterparts from MC and Louisiana Lafayette to make the June 4 camp even better.

The MC football camp is one of many events during a very busy summer season ahead for Ken Gilliam, the university’s continuing education director.

Each year, Gilliam oversees the summer camps at the Baptist-affiliated university. He and program coordinator Cheli Vance welcomed more than 5,000 young people during summer camp season a year ago. The MC camps are popular spots for boys and girls to build their faith, develop their sports skills and make new friends.

There are seldom major changes from one year to the next. Dates on the MC schedule in June and July do vary.

The first date circled for Gilliam, Vance and MC colleagues will be the Lady Choctaws team shootout on June 2.

Lady Choctaws basketball coach Paul Duke, his staff and Choctaws players always pitch in. Players see action during games at the A.E. Wood Coliseum, Alumni Gym and the Baptist Healthplex. High school coaches are signing up, too, for the marathon of hoops contests.

June 4-7 will mark the dates for the MC cheerleading/dance camps.

The blitz of summer camps at Mississippi College wraps up in late July.

More than 1,000 teens from Baptist churches across Mississippi will visit the nation’s second oldest Baptist college for a week to build their leadership skills and get closer to God. It’s the annual Super Summer camps from July 16-20 with support coming from the Jackson-based Mississippi Baptist Convention.

There were 1,300 Super Summer campers at Mississippi College in 2017. Gilliam predicts this year’s number of visitors will hold steady. The campers make the journey to the university with church youth pastors and plenty of parents for what is often a lifechanging experience.

Other MC summer camps led by counselors and staff from Nashville-based LifeWay attract young people from churches across the South and other parts of the USA. Some MC campers traveled to Clinton from as far away as New Mexico, Kansas and Minnesota over the years.