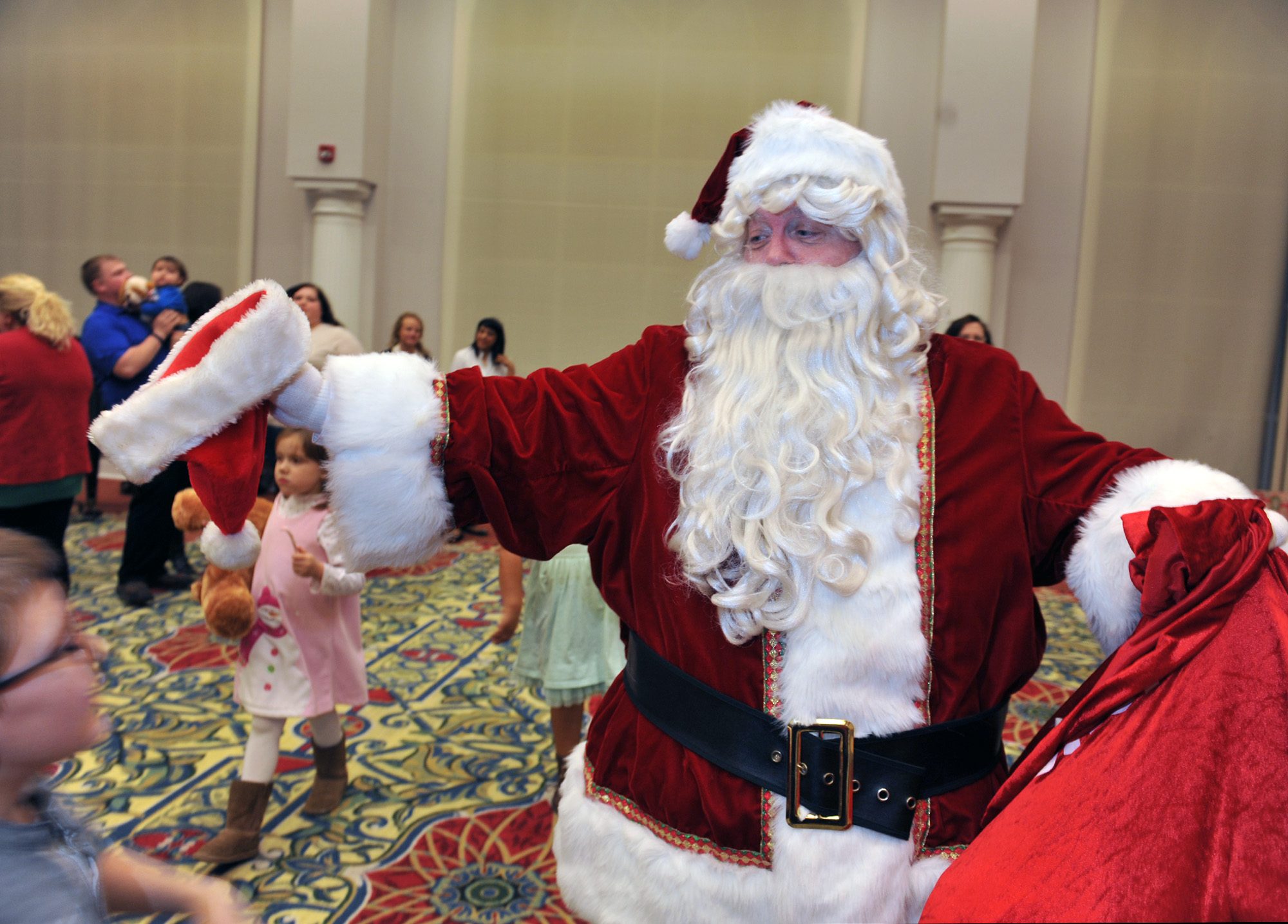 Santa will visit the children at the Wingard Home Thursday Night Dec. 21, at 6:30 PM

Needy children in Jackson will share the joy of the Christmas season in 2017.

Leaders of Mississippi College’s Art Department are making sure of that for 25 boys and girls. Blankets, canned foods, donations and other gifts will soon be dropped off at a Jackson residence to brighten their holidays.

Randy Jolly, director of MC’s Gore Galleries, will once again play Santa Claus at the Wingard Home in the capital city on December 21. It’s a role the jovial educator has cherished for decades. Jolly first donned the red and white Santa costume in the window of a downtown Vicksburg department store in the early 1980s.

“I just love playing Santa and it makes me realize how lucky my family and I are,” the Vicksburg resident said. “It’s always a joy.”

Founded in 1990, the Wingard Home is the Christian ministry that houses more than 60 homeless Mississippians. Twenty-five kids and 37 adults are living there now. A newborn, along with kids in elementary school through high school, are among the residents, as the holiday season approaches.

Typically, Wingard residents stay six months to a year, receive lots of love and hear the Gospel before moving on. Some former residents were in dire financial straits, or were just released from prison and ended up finding jobs. Others weren’t as fortunate. Once homeless in Atlanta, Roy Wingard and his wife, Charlotte, founded the ministry in Jackson and continue to oversee it.

For nearly ten years, children and family members from the Wingard Home traveled to Mississippi College to be treated to a delightful Christmas dinner. As holiday season music filled Anderson Hall, children lined up to visit with Santa and his merry Elf. The kids faces sparkled with smiles as they were showered with presents.

Due to scheduling problems, Santa and company will make the road trip to the ministry’s headquarters in downtown Jackson this year. The Christmas event should return to MC’s Clinton campus in 2018.

“It was always awesome,” Wingard Home co-director Charlotte Wingard said. “It always pampered our people. They are not used to getting pampered. It’s an important event to us.”

The non-profit ministry at 1279 North West Street welcomes donations year-round. Needs over the years at the residence have ranged from repairs to the roof to renovations for the bathrooms, and paying for utilities.

“Money always pays the bills,” Charlotte Wingard said. “We have a wish list.”

Retired MC art professor Michael Hataway of Raymond created the Wingard Home Christmas about a decade ago. Colleagues in the Art Department have teamed up to maintain the holiday tradition.

While Randy Jolly remains booked as Santa at the Wingard Home, he could get some competition in future years. His four-year-old grandson will play a young Santa for his first time at the Mistletoe Magic Show this weekend at Vicksburg’s Little Theater. Said Jolly: “The tradition and fun goes on!”