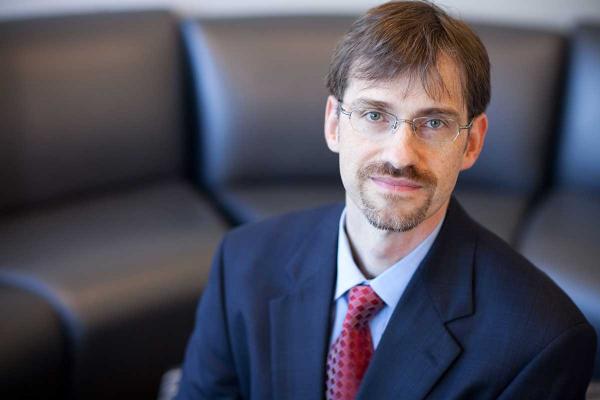 Professor Henkel teaches and writes in the areas of contracts, business, banking, bankruptcy and commercial law. Specifically, Professor Henkel’s research focuses on banking regulation, financial compliance and complex and derivative financial instruments. Examples include futures, forwards, options, swaps and repurchase agreements. Professor Henkel’s other research interests include the integration of blockchains and use of distributed ledgers to track and settle digital and mainstream financial assets in a cryptographically secure environment, where counterparty risk is minimized and settlement times are reduced from T+3 to same day.

Professor Henkel has expertise in the default management, recovery and continuity of clearinghouses in global derivative markets and in bank restructuring and reorganization in the U.S. and Europe. Professor Henkel is also an expert in the Law of the European Union.

Professor Henkel is a Member of the Michigan Bar and holds an S.J.D. and LL.M. degree from the University of Wisconsin Law School. He earned a J.D. equivalent degree at the Justus-Liebig-University in Giessen, Germany, and has practiced law in Europe and the United States.